“Impatience asks for the impossible, wants to reach the goal without the means of getting there.” 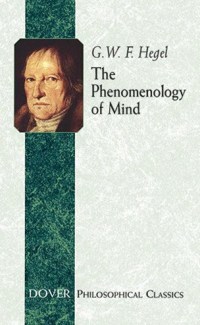 I frequently lament a particularly prevalent pathology of our time — our extreme impatience with the dynamic process of attaining knowledge and transmuting it into wisdom. We want to have the knowledge, as if it were a static object, but we don’t want to do the work of claiming it — and so we reach for simulacra that compress complex ideas into listicles and two-minute animated explainers.

Two centuries before our era of informational impatience, the great German idealist philosopher Georg Wilhelm Friedrich Hegel (August 27, 1770–November 14, 1831), who influenced such fertile minds as Nietzsche and Simone de Beauvoir, addressed the elements of this pathology in a section of his masterwork The Phenomenology of Mind (public library).

Read the rest of this at: Hegel on Knowledge, Impatience, the Peril of Fixed Opinions, and the True Task of the Human Mind – Brain Pickings

Poet, publisher, programmer. I still like PHP. View all posts by Kay Lorraine