Change for Good – Beyond the four-year altar-call 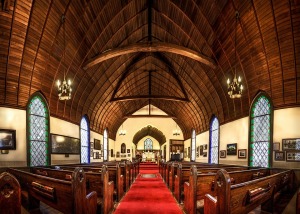 Every four years, we’re treated to talk about change during the presidential elections. Everybody makes the case about why change is either needed, or not. And everybody has plenty to say about the new policies everyone else is proposing.

Who doesn’t want change? I certainly do. Good Lord, yes. I think you’d have to be either asleep or on very good drugs, to not desire at least some change in the world. If you’re just mildly paying attention, you’re aware of at least one or two (or two million) things that could use some improvement.

And all the political candidates have some pretty persuasive points. I’m in the unfortunate situation, where I can see the reason for every candidate’s platform. I can’t just discount them and call them “crazy” — because at a basic, human level, I understand them.  Of course, understanding where they’re coming from doesn’t mean I agree with them — not in the least. But I do understand their perspectives, and I completely understand exactly why they and their supporters feel the way they do.

There’s one thing that eludes me, however — and that’s why anyone thinks that the change that’s most needed is going to come from on high, via a presidential candidate, when the “boots on the ground” are still hewing to the same-old-same-old. Seriously, we seem to collectively think that having a new butt in the seat of the Oval Office is going to steer the ship of state in some magically transformative direction… and meanwhile, all the folks down on the benches in the galley are rowing in the same old direction. Or not rowing at all — chances are, they’re on their smartphones.

What part of this makes sense? None of it, from where I’m sitting.

For the last four years — and all the four-year periods prior to the last election — the American public has done a fantastic job of avoiding making pretty much any personal investment in systemic change. We’ve enthusiastically pointed fingers and called names (we’ve got that down to a science), but what have we really — truly — done to actually bring about the changes we believe will save us all? Hell, we haven’t even bothered to more fully understand the issues we all face, collectively. We’re so busy snarking away on Facebook and tweeting our discontent, that any chance of in-depth discussion is, well, non-existent.

And no, watching a late-night current events discussion show does not count. Nor does having the political landscape explained to you by the pundit of your choice, as you nod in agreement.

None of that counts. Emoting is not effecting change. Reacting is not acting. Tweeting and posting is not social activism. And, sorry, flashmobs don’t count. Even if they are posted to YouTube and go viral.

What actually counts, is action. Doing something about your beliefs and values in a substantive, consistent way. You need to do the small, boring, unimpressive, personally costly, utterly transformative things each and every day, whether or not somebody is watching, whether or not it gets attention in social media and tons of likes. And guess what — it doesn’t count in an election year. Anybody can do or believe in sh*t in an election year. Just about everybody does. Anybody can gravitate to a political line and jump on board the party boat, every four years. Who doesn’t?

Watching all the political/ideological hullabaloo, this time of year, is like watching an altar call, when you see intransigent repeat offenders making their way to the front of the revival tent to have all their transgressions wiped clean… just like they’ve done regularly, as long as you’ve known them. And based on past experience and observation, there’s a pretty good chance they’re going right back to their evil ways, as soon as the glow of the revival wears off.

Same thing happens each election year. People get all up in arms and holier-than-thou and righteous and what-not… so-so-so sure that their candidate is The Cure for All That Ails Us. They’re true believers, and they support their candidates in word and deed. Then the election comes. Maybe they win, maybe they lose. But whatever the outcome, once the dust has settled and the new POTUS has their butt in the Oval Office seat, we all go back to business as usual.

And we spend another four years of habitual oblivion, racking up yet more reasons to be outraged and desperate, the next time around.

Considering how much more dire each subsequent election becomes, with “more than ever riding on the outcome”, it’s hard for me to take anyone’s burning political convictions seriously. Where’s all that social traction or that same devoted fervor when it’s NOT an election year.  It’s nowhere to be found. Who writes to Congress? Who even calls their representative? (Signing an online petition doesn’t count, by the way, because the recipients often completely disregard them, because they’re so easy to fudge.) It’s all hands-off in the general population, and then we bitch and complain about how lobbyists have taken over our government. Lobbyists and special interests didn’t “take over” anything — they stepped into a gaping void that we’ve all created… and invited them into by turning a blind eye.

We rarely bother to really understand the full spectrum of the issues we face — we just hew to proposals floated by our candidates. Who among the believers that “big banks must be dismantled” understands the impact that would have on the pensions of countless retired schoolteachers? Or union members? Or other folks who have worked long and hard, and who rely on that pension to make ends meet? Who among the proponents of deporting all the “illegals” understands what impact that would have on the economy — or how their own constant craving for low prices drives the underground economy of undocumented labor? Who among the backers of a strong military understands how our long-standing foreign policies and global economic interdependencies contribute to ongoing strife that locks us in a perpetual state of policing and military intervention on behalf of more countries than just our own? And who among those who long for a return to Christian values, realize how vulnerable they are making themselves — because there are so many different flavors of Christian values, and many of those values have been used for centuries by Christians to disenfranchise and kill other Christians, with full religious justification?

We have no collective grasp of the full scope of the issues and challenges that we face as a nation, together. But to us, that’s not the problem — the real problem, apparently, is that other people just don’t agree with us.

All the ballyhoo, all the drama.  It’s both entertaining and annoying. Because seriously, people, who is actually willing to put their money where their mouth is and take action by themselves, instead of looking to some national leader to point them in the right direction? Where’s the action, outside of election years, that backs up your commitment to change? People want energy independence, but they can’t do without their electronic devices and creature comforts. People want clean water for Flint, but they’d rather have cheap cars from Detroit. People want to protect the earth, but they can’t be bothered to separate out their recycling, or cut back on their driving. People want their kids to grow up in a safer world, but they won’t weigh in with their elected representatives on how to make that happen. People want gun rights, but they don’t want to learn how to responsibly and effectively use a firearm, so they don’t kill innocent bystanders.

We want our lives customized and personalized. Screw what that does to the environment. Never mind the expensively toxic bricks that Prius batteries are. We get save gas and look all the more eco-friendly. Never mind the haz-mat incidents waiting to happen when we throw away those new fluorescent light bulbs. They’re easy to come by and they save us money. New iPhone! Woo hoo! Never mind the massive buildings in China housing thousands upon thousands of workers, some of whom leap to their deaths out of desperation. That has nothing to do with us. It’s just sad. Here, let me share that on Facebook or Tweet a 😦 about it.

All this election year talk is just that — talk. For all the outrage and insults, within weeks after the election results are in, the vast majority of people will drop championing the issues and retreat to their social media corners, snarking about oversimplifications from the safety of the interwebs. They’ll say plenty — especially if they’ve “lost” the election — but will they actually do anything? For all the talk about values and the need for change, where’s the action to back it up… especially on an ordinary everyday basis? Where’s the direct contact with our dreaded Congress, to tell them what we actually want and need? Where’s the choice to forego creature comforts for the sake of preserving what we really care about?

If you really want change, you need to act like it. And if I don’t see it outside of election years, then nothing you can say is going to convince me that you are serious about your political platform. Or that your candidate is a serious contender to actually lead.

Much of my thinking about change was influenced by a dream I had over 20 years ago. It’s now published as Strange Bedfellows –  a story about how we change … and don’t. Get the book here.