The Voice of Night – Return to Power 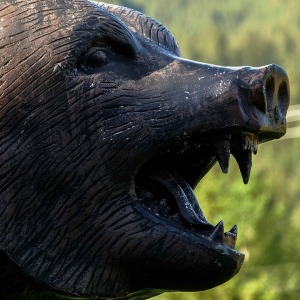 I dreamed that some leaders in the women’s community where I lived wanted to form a women’s protection network, consisting of some of the most prominent members of their group. Women were being attacked almost nightly in the area, and they wanted to put together a night-watch and prayer-circle network. Their plan was to have a group of choice women to get together in groups of two or three, patrol the areas around endangered women’s homes, watching for intruders and praying for protection. Two of these founding women were my friends — one was a big, gentle, soft-spoken woman from a rough, working-class background, and the other was a slight, intellectual woman from an upper-middle-class family. The third was a local leader in the women’s spiritual community, who led many ceremonies in the area.

I still hung out with two of the women, though. And one afternoon, the three of us were sitting down in a thicket in the middle of the woods and talking about this and that – nothing in particular. Suddenly, we heard a noise and looked up. Above the line of underbrush, we saw the head of a bear coming towards us. We were frightened, thinking it might come after us, and we agreed to make animal-like noises, so it wouldn’t be frightened if it came across us. We just wanted to let it know we were there, so it wouldn’t spook and attack us out of surprise.

When we made the noises, the bear’s head moved off in another direction, but after a minute, we could see the passer-by wasn’t a bear at all. It was a white man carrying the skeletal body of a bear. The bones were all showing, but the hair and skull were still intact, giving the body an eerie look. The three of us stopped making noises and crouched down in the thicket till the man passed.

Then, after a few moments, a young Native American man came along and found us. He asked if we’d seen anyone pass by. We told him we’d just seen a white man go by, carrying a bear. He said that man had stolen the local tribe’s totem, and he had to be stopped. His tribe had to get the bear back.

We said we would help, but he said, No the tribe had to do it by themselves. We told him where we’d seen the man go, and how long it had been since he’d passed. He thanked us and moved on, tracking the white man. We three women broke up and went our separate ways.

Some time passed. I heard that the tribe members had found the man who had stolen their bear — he was going to sell it in his curio shop and wouldn’t return it, even when the whole tribe approached him and demanded it back. He was intent on getting a good price for it and refused to even think about parting with the bear.

A legal battle ensued. The local papers ran articles about how the tribe was suing the white man and fighting hard to get their bear back. It was scandalous and divided the area where the tribe lived — some people thought the tribe should have it back, some thought they should pay the white man a decent price, and the rest thought “to the winner go the spoils” and insisted the white man had every right to sell the bear, since that was how he made his living.

Eventually, the tribe won. There was a big ceremony on the front steps of town hall in a nearby village, where the mayor of the town handed the bear back to tribal leaders.

But the tribe won more than their totem. Their settlement also included several hundred acres of land that had been stolen from them, hundreds of years before, the robbery of which was documented in many of the newspaper articles about the tribe’s losses that were published over the years.

They got their bear and they got (some of) their land back. It was an unexpected, though overdue, success, and they withdrew to their rightful homelands, where they built a town of their own. They placed the bear in the center of that new town and began celebrating with age-old ceremonies and dances they’d been denied for over a century.